Why a flawed view of existential risk must change radically 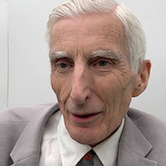 Lord Martin Rees is the Astronomer Royal. He founded the Centre for the Study of Existential Risk with Huw Price and Jaan Tallinn. He is a Fellow of Trinity College and Emeritus Professor of Cosmology and Astrophysics at the University of Cambridge.

This article is co-written with Sam Hilton, a Research Affiliate at the Centre for the Study of Existential Risk, and coordinator of the All-Party Parliamentary Group for Future Generations, and Angus Mercer, Chief Executive of Alpenglow, a non-profit working on strategic policymaking.

Risk assessment should be separate from risk management.

For a document that sets out the greatest threats that this country faces, the UK National Risk Register is surprisingly little-known. But in such turbulent times it is worth our attention – particularly its assessment of the risk of emerging future diseases. The consequences of such diseases, we are told, may include “several thousand people experiencing symptoms, potentially leading up to 100 fatalities”.

The scale of this under-estimate would be comical were it not so tragic.

As we all know, the UK death toll from Covid-19 is now well over 30,000, and is still climbing at a rate of hundreds per day. A misjudgement of this magnitude raises serious questions about our country’s risk-management process, and how well prepared we really are to cope with low probability, highly destructive events.

Make no mistake, Covid-19 should not have been an unexpected curveball that struck us unprepared. In 2008, a survey of academics who research extreme risks estimated there was a 15 per cent chance of a pandemic that would kill at least one billion people by the end of the century.

Let that sink in.

This is a risk that experts have raised repeatedly – most recently in October 2019 when a group of academics wrote to Boris Johnson, Jeremy Corbyn and other political leaders asking for enhanced pandemic preparedness to be added to the pre-election manifestos. Sadly this request, like many before it, went unheeded.

So why did we get this so wrong?

Firstly, humanity tends to prepare for the last war rather than the next one. The UK Government, quite rightly, has in place a detailed plan for how to respond to a new influenza pandemic. This is because all of our past major outbreaks have been influenza: Spanish flu in 1918; Asian flu in 1957, and Hong Kong flu in 1968.

However, we have no such plans for fighting other diseases, such as coronavirus.This stands in marked contrast to countries that experienced a serious Sars outbreak in the early 2000s. These countries, on the whole, have had much better plans in place to handle this current pandemic.

The long-term response to the Covid-19 outbreak may be to dramatically improve our preparedness for new coronaviruses and leave it at that. This would be a huge mistake. It is a wise maxim that the unfamiliar is not the same as the improbable, so we need to go much further.

Secondly, we tend to under-prepare for high-consequence, low-probability threats. Politicians have strong incentives to prepare for floods, terrorist acts, and for other risks that are likely to materialise in the short term.

But they have virtually no incentive to prepare for threats whose most serious consequences are less likely to occur within this time period, even though these threats could eventually devastate lives and economies at a national or global scale.

These neglected threats fall into two general categories. Some, like climate change and environmental degradation, are incrementally destructive. We know them well, but we fail to deal with them properly because their most catastrophic consequences lie beyond the time-horizon of political cycles.

Others, like global pandemics and massive cyber attacks, are immediately destructive and could happen at any time. But they are low probability and therefore easy to ignore. Many of these neglected risks are so extreme that one occurrence of them is too many. And in many cases we are simply not prepared.

The good news is that the aftermath of coronavirus will present a rare opportunity to change this. Indeed, the public demands it. In a poll of the British public conducted by Portland last month, a majority of respondents said they would be willing to pay additional taxes to fund better preparations for future threats like coronavirus.

This is striking, and our political leaders should take note. Such is the public appetite for better risk management that people are willing to reach into their own pockets and pay for it themselves. Put bluntly, there are runs to be scored for the political leaders who take the action that is required – as well as the clear moral imperative.

So what can be done?

At a national level, there is plenty we can do. Specifically, we could put in place a more thorough and far-sighted risk-management system. One that looks ahead more than just a few years, that works with academia to estimate the likelihood of key threats, and suggests actions to address both emerging and as-yet-unknown risks. This should be a system that is independent of politicians, but that can assign responsibility to ministers and call them out in the event of failure.

More generally, we should ensure that policies take better account of the long term. The Government should support Lord Bird’s excellent Wellbeing of Future Generations Bill currently going through Parliament, which includes ideas like the introduction of a commissioner to represent unborn generations. The Government should also amend the Treasury’s Green Book, which sets the criteria for assessing policy, to incentivise civil servants to place greater value on longer term benefits.

At an international level, we also need to take action. No single country has the power to prevent risks such as global pandemics or climate change on its own, and failure to act is an entirely false economy. When crises hit, the costs can be in the hundreds of billions. But investment in early planning and preparedness can significantly mitigate these costs, and save countless lives.

Global risks require global cooperation, and the UK has an opportunity to play a leading role in these efforts. If Global Britain is to mean anything in a post-pandemic world, now would be a good time to show it.

Whether we like it or not, our generation will be defined in no small part by how we respond to this crisis. We will soon have an opportunity – an all-too-narrow window – to drastically rethink how we manage extreme risks.

We must seize this opportunity. We owe it to the wisdom and innovation of our forebears, on whose shoulders we stand. We owe it to those of us alive today, who have had to endure this crisis. And we owe it to the generations to come, whose fate may depend on the actions we take.

This article was first published online by the Daily Telegraph on 13 May 2020.