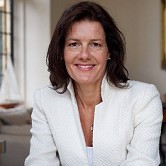 Filed under Coronavirus / Diversity of Thinking

Ngaire Woods is Founding Dean of the Blavatnik School of Government and Professor of Global Economic Governance at Oxford University. Her work focuses on how to enhance the governance of organisations, the challenges of globalisation, global development, and the role of international institutions and global economic governance. She argues for a new culture of innovation in government including:

We really need to think about evaluation in government, plus accountability and performance.

I think it’s an excellent challenge to all of us. Put simply, the way that we evaluate and hold people to account in government almost guarantees that people who are passionate and have purpose and a desire to serve the public, join government and rather quickly become risk averse box tickers. As a result, the last possible resort is to innovate.

Why is that the case? Let me give you my punchline and then get to it with the reasoning behind it.

What does that take? It takes de-risking innovation. It takes giving space to people to try new things. And then a politician might say: “Well, then what’s going to prevent some disaster happening? How do we control that process?”

The uncomfortable truth is that is precisely when you need to innovate. It is when you face uncertainty, just as Britain faces at the moment with COVID-19 and with Brexit. These are conditions of uncertainty which require our civil servants to navigate wholly uncharted territories. We want and need them to be taking responsibility for getting it right and to try new things.

But what you in fact need under conditions of uncertainty is a culture that gives you your control.

Now that’s uncomfortable for politicians newly coming into government. The idea that you should say to civil servants “You know what, we’ve got this problem of homelessness, we’ve got this problem of youth unemployment, go out and try new things. We are not going to set targets. We’re not going to control your every action because we know that when you do that, you just rigidify the system. Then the people who lose are the public who need serving. So what we’re going to do is give you scope to try new things. And the reason why we have confidence that nothing terrible will happen is because there is a culture in each agency which is a culture of good performance. It’s a culture of service to the public.”

So that’s where I want to end up.

Just two points along the way. The reason governments always want to evaluate is partly for better people management, so we know who are the good performers, and we can promote them. It is also partly so that we can make policy better. You know! Which policies worked and which policies didn’t work.

Two problems beset all kinds of evaluation. Firstly, the idea that if you actually set targets to achieve and evaluate success, those targets stop being indicators of success the minute you define them as targets. The minute you say to a World Bank official, “you will be evaluated on how many loans you give”, all you do is get money washing out the door. That is what happened in the 80s and 90s.

So the targets problem is a very serious one. We’ve seen it in UK policing. We’ve seen it in the UK health service. We’ve seen it across government. You can overcome this target problem by really stepping back to think about what kinds of outcomes you want. And that’s the work that’s being done in the Blavatnik School of government on outcomes-based commissioning. The aim is to step back to try to redefine outcomes in a non-controlling way.

The second problem I want to highlight is the problem of timing. While the problem of targets is well known, the problem of timing is one that fewer people pay attention to. If you hold a policymaker to account on a month by month basis, you completely lose track of the long term effects of what they’re doing. They might need to re-staff their agency. That might mean that over one year there is disruption in their performance. Yet it might be for the longer term good.

This is even more important with policy. Harold Wilensky wrote a famous piece a couple of decades ago looking at youth unemployment programs in the United States for the most difficult to employ youth. It focussed on the way in which residential employment programmes had been tried. They had been rigorously evaluated, which of course sounds great to politicians. But they were rigorously evaluated immediately they were implemented. They were therefore cast away for being not cost effective.

However, when scholars went back and looked at those programs ten years later they found they found that they were not just massively effective, but they were also massively cost effective. What the evaluators had failed to take into account were the savings on criminal justice, and the savings on dependency, on all other kinds of benefits. In other words, they took a precious policy and threw it in the bin because they did the evaluation in a very narrow, short-term cost-effective way without looking across the whole of government.

The same was discovered by Larry Katz. His work looked at a project that took African American children from deprived neighbourhoods and put them in privilege schools. Again, because the programme was evaluated too early it was cast aside. Many, many years later, when scholars went back, they found it enormously effective.

We can see this with CEOs taking huge bonuses based on quarterly performance. Then their companies go into bankruptcy. So that’s the reverse effect where you are evaluating performance, ignoring the long term effects of policy.

That is why both targeting and timing are big problems in any inevitable institutional ambition for evaluation.

There is a third problem in evaluation. Too often in government it’s a blame game. People are pushing and pushing for an inquiry into the COVID-19 policies of the government. And my question about that is, first, is it distracting government from getting on and solving this crisis even as they’re doing it? And second, show me an inquiry, a commission of inquiry, which has actually led to better policy. Show me where it is that an inquiry has been used to shape and implement a change in policy in a long term way.

I think there are some examples. But far too often evaluations are done, then they are put in the filing cabinet and are never read. So in the end they’re just used as the blame game.

And a blame game takes me right back to where I began. It is that a government which is totally focused on accountability, on targets and on command and control from the centre is a government that can never work in times of uncertainty such as that which Britain is facing now.

What this government needs - and the UK Cabinet Office Minister Michael Gove put the case for innovation extremely well in his Ditchley speech [27 June 2020] - is a nimble and agile civil service. This means a civil service which falls back on culture as the element of control and permits civil servants to innovate, to take responsibility. It means them knowing that when they go to work their job is to solve the problem of the homeless family that’s sitting in front of them, not to tick a box which a politician has defined, and to which a politician wishes to hold them to account.

So I say let’s go for a new agenda that really gives and ensures that both politicians in government and people in the civil service take responsibility for the jobs they do.

This is a lightly edited version of prepared remarks given by Professor Woods to the ‘How to Measure Success‘ session at the ‘Future of the Civil Service’ virtual conference hosted by the Institute for Government, London on 20 July 2020.