Latest Unthinking / Why leaders must no longer take nature for granted

Why leaders must no longer take nature for granted 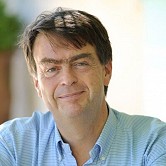 At TTU we highlight cutting edge trends to alert leaders on why they must change how they think. InTent has re-created its SDG Tent as a forum for new business thinking. In 2021 it will be virtual. We re-publish this opening warning because of its stark message. No business leader should ignore it.

This is a shortened, edited version of André Hoffmann’s remarks delivered on 20 January 2021

Trust is an issue that we have to take head on. There is a marked decline in trust towards governments, towards institutions in the broader sense. That’s a very worrying thing going forward.

It is important to understand that the current crisis - the pandemic - is just an acceleration of something that was present before that. There are pressure points into the way we develop our modus operandi as humanity. These pressure points are getting more obvious through the pandemic than they were before.

Crisis is our relationship with Nature

This notion that the pandemic is the crisis is probably overrated. The crisis is the way we deal with the pandemic and the origin of that pandemic. In particular it is our relationship with nature.

So if we assume that the pandemic is just an accelerator, we need to make sure that we use this pandemic as wisely as possible.

There have been 20 million deaths recorded to date. This is a humongous cost to humanity. And it’s a source of a lot of grief.

I think in order to make sure that we do not lose this opportunity, we need to return to a more sustainable working system. We need to create a world architecture that will be more robust and in particular, more resilient to exogenous threats.

How we are organised is not fit for purpose

The fact that a virus has succeeded in destroying part of our modus operandi I find extremely worrying. It tells me that the way we are organised is not fit for purpose. That I think is a general conclusion we can reach quite easily.

So what can we do? There are a couple of possible solutions. I think it is very important that we understand the roles and responsibility of different participants.

Hence this idea of developing ‘InTent’. It is a place where businesses can exchange on these broader societal issues. We’ve chosen as a model the SDG’s [Sustainable Development Goals], which are a set of data and goals that will help us to get the best out of humanity, and do the best out of the natural resources we have available.

Growth, value and cost must be re-defined

But we cannot create value as we used to do it. That is because it has a cost that is too high to bear. And when I say a cost, I don’t mean just financial cost. I mean an impact on environment, on social and on human systems which is out of proportion to the benefit we take out of it.

So I think that one of the main problems we have is that we do not measure impact in a way which is sufficiently transparent to help us to make the right decisions.

Performance must not just be measured in cash

Today, when we measure performance, we think mostly about finance. This is when we know that this financial result is realised at the cost of a number of other factors - in particular social and environmental.

I think that there is an opportunity to accelerate the change we need to see, because a lot of businesses have had some difficulties over the last year, are still having difficulties, and they need to receive some support. Now the support is given mostly by governments. And these governments are lending money, or making money available in whatever shape or form to businesses. This is so that they can continue to create the livelihoods or support livelihoods that we need.

These are lending processes. But these refinancing processes have to include some green conditionality.

I think it’s very important that governments do not reignite the previous system, but that they amend it by introducing a little bit more conditionality - green conditionality - into the way they develop. And again, the reason for ‘InTent’ is to serve as a platform for an exchange where this can take place.

We have been creating value at the cost of other types of capital. So we are using nature in order to create value. And that value, that money gets then reinvested into society. The consequence of this is that we have been focusing more and more into one single dimension - short term profit maximisation.

No more abuse of nature in the name of growth

That approach has created the problems we see now. The consequences of an uncontrolled and unreasoned use of natural resources has been made possible just because all that matters is the result. And the result is more cash being generated. I would like to contend that what we really want to do is we want to create stability is a more complex system, a system where you look at not only the use of money, but also the use of a number of different capitals - the social, the human and natural capital.

So if we want to make sure that we construct a future that is sustainable, we will need to use the sources in a renewable way. The best way to do that is not just to dominate nature, but to use nature for our purpose. It is to work alongside it.

Such collaboration, as a rule, is a much more solid system than domination. The idea is to use natural resources in a way which is in balance with the way they regenerate themselves.

To take a financial analogy: being able to use every year the income rather than the capital should allow us to create a much more robust system which can support the sort of shock we’ve been seeing through the pandemic.

Don’t drain wetlands - use them differently

I’ll give you a practical example. I chair a foundation based in the Camargue in the south of France. We’ve been studying for the past 60 years the functioning of wetlands, places where water is being retained. So that goes from the temporary marsh all the way to the lagoon through lakes and wetlands. In the Mediterranean wetlands play a very important in the whole water cycle. As we know, water and water scarcity are an issue for the region.

Wetlands can do all sorts of things. They can purify water. They can store water. They can deal with the shocks of different flooding by absorbing some of the excess. They can also provide some recreational space for the people who live locally. And they maintain biodiversity by attracting a lot of not only plants but also birds and other types of wild animals.

All these benefits to humanity have for the moment been neglected. That is because our traditional short term profit maximisation approach would be to say: wetland has to be drained to be used productively.

Now, productivity is a concept which is complex. I would contend that you get more benefits to humanity if you do not just use the wetlands for immediate consumption, but instead you use them for the long term architecture of what you’re trying to do.

So there again, collaboration with nature. Using the wetlands to purify the water rather than constructing a treatment plant which is expensive, wholly artificial, needs maintenance and is very often less efficient than the natural equivalent.

All these things taken together convinced me of one thing. If we want to solve some of the issues that humanity is facing, then going back to a certain amount of bio engineering - which is something that we’ve been living with for the past 2000 years - should be beneficial, rather than detrimental.

So I think that it’s very important in the long term to develop that and to help to make it more productive.

I give you just an example on the principle. European governments, in particular the UK and the French government, have now announced that 30% of the international aid will be focused around what we call nature based solutions - NBS. They announced that at the One Planet Summit in Paris on the 11th of January. This is new, fresh thinking. It is being turned into active policy by governments. It is just what you want - private public partnerships, using nature based solution for the benefit of humanity.

What change of mindset is required?

I like to quote one of the board members of the Hoffmann Institute at Instead, Pavan Sukhdev. He says: “We use nature because it’s free. And yet it is priceless.”

Nature is not free: there is a cost

Nature and social systems are our life support system on Earth. If we do tamper with it we will have to suffer the consequences.

So you need to take today the moves that are going to guarantee the possibility to continue to operate in the future. And we are talking about very short times.

Another statistic - WWF the World Wide Fund for Nature published the Living Planet Report three months ago. We have lost 60%, 57% actually of vertebrate species in the last 40 years.

We are consuming nature at the rim that is absolutely unsustainable. So we need to do something about that. And businesses know that.