Latest Unthinking / NetZero is not a fad: it is our business

NetZero is not a fad: it is our business 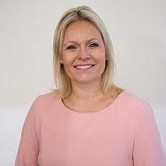 At Thinking the Unthinkable we inspire leaders to embrace sustainability and confront the climate emergency. We do that by sharing the stories of top executives who realise the urgent imperative to change, and to achieve it rapidly.

Here we publish a lightly edited version of Liv Garfield’s remarks to ‘Building Back Better – the City’s Role in a Green-led Economic Recovery’ at Gresham College, London on 1 February 2021. She spoke after the Lord Mayor William Russell, Mark Carney UN Special Envoy for Climate and Finance, and Rhian-Mari Thomas CEO of the Green Finance Institute.

Thank goodness, I can start by saying that I am part of the solution.

I reassure Mark [Carney] that I’m definitely in a race to zero to reassure that I’m in on SBTs [Science-Based Targets]. I’m fully signed up. And to reassure the Lord Mayor that by 2030, I’m going to be carbon neutral.

I start by saying I am in. Psychologically in.

Let me go over some of the global trends first, then move on to what does this mean I think for anybody who runs a company or a senior in a company, thinking about how on earth you can navigate the path.

Clear direction but no clear path

It is a scary path with a good number of sharks on the way to try and get to the end state, which is clearly beautiful ocean, beautiful planets. First of all - I think we’ve got to see carbon and biodiversity as two sides of one coin. We often talk about net zero. But actually the only way that I think any of us can get there is when you realise they are two sides of one coin.

The second big trend has got to be innovation. No sector can get there without innovation. I have a look at my sector. When did I think [that] if I ran a small Midlands based water company that I’d be worrying about [the following]?

Ideas that are coming for soil carbon capture from Australia on a phone call first thing this morning, through to chemical free treatment processes this afternoon, through to thinking about brick creation for waste products, through to trying to work with the fashion industry on reduced fibres.

The new big focus for shareholders

It’s just a different world now to get to the genuine type of future you need to get to. Innovation is socially varied. But what a lovely challenge if you are a business leader.

The third level trend will grow. [It is that] shareholders not only want to try and encourage on topics that they’ve been energised on for a while. I think this becomes one of their new heartlands.

So renumeration has been one of those things that’s been a big discussion point for shareholders. But actually, I suspect sustainability and net zero plans become the next big debate. And I think we’ve seen Unilever be the first company to go live with the fact that they actually want to have an AGM vote on it.

Imperative for all companies now

I think you’ll see others follow. I don’t think it’ll be unusual for the best companies in the future.

I think lockdowns created more emotional connection to the planet. We should be really clear about that, right? Whether it’s more plant-based eating; whether it’s an acceleration to EV. I just bought myself an electric vehicle. Whether it’s green-blue homes or whether it’s more renewable, it doesn’t really matter what your choice is, you feel much more connected.

And for government that’s hard isn’t it? Because governments can’t tell business what to do to some extent, they can encourage a policy. And what we’re seeing is the disclosure, although it doesn’t sound sexy, that doesn’t feel exciting, it actually does work. Gender diversity is dramatically better since we had disclosure around the reported numbers.

I think that’ll be true at TCFD [Task Force on Climate-Related Financial Disclosures]. So I think it’s got an awful name. Anything that’s called four letters is dreadful I’m afraid. No brand or marketing person would ever allow you near it. But it is going to - I believe - change the world. I do believe that.

Loads of money looking for a Green home

If we move on to this idea of people talking about mobilising capital. Well, there’s endless money isn’t there? That’s the whole irony, right? There’s loads of capital available, but it needs a suitable home.

And that suitable home right now is quite tricky, isn’t it? To try and work out with your financiers what does that suitable home look like? So we see on any sustainability bond it’s oversubscribed two or three times. It is certainly our experience in the bonds that we’ve raised. So there is a desire.

We know that COP26 will change the world. The Biden win combined with countries like South Korea that have already come in means we’re going to see a reinvigorated global scene with politicians. So for business, it will mean up weighting entirely their investment policies.

For banks, that will mean certainly coming and making big choices. And I would have named some of the same brands as Mark did without also offending people. But certainly Barclays 2050 - when that first got announced - it was bold, right? And Aviva today is timely [Ed: AVIVA announced it will use “the ultimate sanction” and drop stakes in thirty of the largest oil, gas, mining and utilities companies unless they do more to tackle climate change on 1 Feb 2020].

So in both of those you have to look at it and say there is a real movement here.

Good leaders never want to be left behind

What we know about leadership … chief execs were always apparently 5% different from being a megalomaniac. But we also like to play catch up. We don’t like to be left behind, and we don’t want to be the laggards. We’re seeing that really begin, I think in terms of leaders setting standards, but others follow. And I love that fact, I’m very happy for someone to follow and overtake me.

As a company we’ve announced £1.2 billion on environmental topics over the next five years. But I’m perfectly happy for someone to announce one and a half billion tomorrow. Because that’s all good for the planet. It’s a race to success, not a race to beat somebody else.

Green must never be an add-on

So what does that mean if you’re on the call and you are a leader? I think the first thing it means is that you can’t do this as a side project. You can’t run your business and then have sustainability as a an extra like ‘Oh, I need to get ahead on sustainability’.

Your business now is to deliver your business in a sustainable manner. It doesn’t mean that the answer for the short term might not be to have somebody whose role it is. It’s just it won’t work for the long term if you haven’t truly got this right in the heart of your entire senior team. That it’s everybody’s ownership topic, not one person’s.

Judged on action not just words

I think there’s going to be a game of pressure to commit to things. But you’re not going to be judged on a commitment. You’re gonna be judged on the deed. So signing up to 2030 Net Zero sounds hard. Delivering 2030 Net Zero is going to be so much tougher. That’s an amazing opportunity for brilliant brave leaders. But I suspect that’s for the topical movers as to what progress is to be made.

So just a few examples of the things that I will have to do literally in the next few years alone to get my company to Net Zero. We’re actually quite a big emitter, you could argue. We actually use 0.4% of the UK emissions on our own as one company.

So we’re right up there. We’re the fourth highest emitting sector as water. When you think of all the sheer scale of energy, but also more importantly, the process emissions that come out of the waste product.

So of course, I’ll make my feet electric. Of course, I’ll begin to look at planting probably a couple of million trees. I’m also going to convert 5000 hectares of land - that’s a city the size of Gloucester - into biodiverse wild land. I am working with 9000 farmers on what they can do with their land, whether it’s funding little schemes for them.

I’m moving away from concrete. And I’m going to take big bold moves on plant-based infrastructure. You can’t constantly put cement in the ground and be green. It doesn’t work, right? They are anti each other.

I’m self generating 54% of my energy needs having spent over £300 million on green energy. So [it is] little known, but I have five different energy types in the entire business.

I’ve put my entire design team in house. I’ve moved away from having external engineers and created a few hundred engineers that have got carbon, carbon, carbon at the front of their brain.

I’m gonna have to look at new things, whether it’s sewer heat and creating energy from that, or whether it’s ammonia products. I don’t even know what the answer is. But I know I’ve got to create more offset products.

And across all of that I’ve got to educate every single one of my 7000 colleagues that this isn’t just a fad; a short term thing; the latest chief execs idea, this is our business. This is our planet. It’s our future. And only if every single one of us plays our part do we get the chance to create something special.