Amber Rudd: Commit to NetZero to protect your reputation 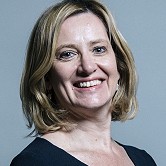 At Thinking the Unthinkable we inspire leaders to confront the climate emergency and embrace sustainability. We do it by sharing stories from those who are grappling with the urgent imperative to achieve NetZero rapidly.

Here we publish a summary of remarks by Amber Rudd to the Institute for Government’s virtual conference in London on NetZero. She was the first Climate Change Minister representing the UK in negotiations for the Paris Agreement in 2015. She then became Home Secretary before resigning from the Cabinet and the Conservative whip. Her remarks were on 10 February 2021.

Question [from Thinking the Unthinkable’s Nik Gowing]: There remain a huge number of corporate waverers who believe there are far more important existential issues to address. So what is the simple, pivotal argument that will convince them how vital it is for them and us that they commit by November to becoming NetZero?

Everything is moving towards needing all investors and companies to follow a certain set of rules. And I think that the net is closing in on the companies that want to avoid it.

There are always going to be outliers who are going to try to avoid that. But there’s so much movement towards people wanting this to take place.

I think that [you risk getting] a reputation. For instance, you think back to some of the rows about big companies that weren’t paying their taxes, you get a reputation.

Don’t get left behind

But the final thing is there’s always going to be pressure on getting good employees. Employees want this now. I talked to a friend of mine who’s a chief executive at a bank. He did a survey to find out what it was that his new employees most appreciated about the company. They really appreciated the removal of the plastic straws.

So you know, people really mind about this. The culture of their own company matters because it affects their own view of themselves.

So I would say to the company, you need to make this change to get with it or you’ll get left behind.

Be accountable and transparent

Question: On how the public expectation for urgent action on Coronavirus can now ensure similar action for a big climate change agreement.

I think that it’s had a significant impact on what people expect from companies. There are many more people engaged with the corporate world in terms of [the question] are they giving back?

I think that we’ve all seen the growth of the ESG agenda over the past few years. But it feels to me that Coronavirus has accelerated it. That companies are being asked much more what they are doing and being asked to be more transparent on it.

A lot of companies I know and have seen in the press, they all need to say what they are doing for COP. They’re all being held accountable on it. And they’re thinking much more about not just their shareholders, but the other broader stakeholders

The thing that’s changed enormously is the strength of feeling in civil society. There was a feeling slightly with Paris over five years ago that this might have been a bit of a niche interest. It certainly isn’t anymore.

Greta [Thunberg], of course, has been absolutely extraordinary and raising general awareness. But just this week, in the UK, the Daily Express has joined the good cause. And even The Sun.

So I think that the combination of the fall in the cost of renewables and the availability of so much innovation from the private sector to deliver clean energy, and the move of civil society to make it absolutely clear that they want this, make this COP this year more likely to succeed than we might have hoped.

We already start this year with 70% of the world’s emissions committed to the Paris Agreement target and beyond of net zero by 2050 or 2060. So that’s China, the EU and the US. The significance of the US being part of it can’t be overstated. It’s just fantastic. We now have [President] Biden and [US Special Envoy for Climate] Kerry rather than the previous alternative. And from that point of view, it has been good for us all that the COP was delayed for a year so we can have a US government that really supports it.

The UK’s huge duty and opportunity for COP26.

This is a fantastic opportunity for Boris Johnson and his government to be the great convener of probably the most important global meeting that’s going to take place, certainly this year, and possibly in years to come. A fantastic opportunity, and one that I hope the winds are in the right direction for us to deliver on successfully.