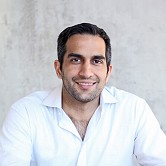 Tariq Fancy was Chief Investment Officer for Sustainable Investing at Blackrock, the world’s biggest manager of funds. He left in 2019.

He says he is disillusioned by what he sees as the non-impact of sustainable investing. This is despite the bold claims made for new ‘green’ products by this fast growing sector.

We posted the claims of Blackrock’s Chair & CEO Larry Fink on 28 January 2021. He said “no issue ranks higher than climate change on our clients’ lists of priorities. They ask us about it nearly every day”. BlackRock has nearly $9 trillion of investments. In 2020 it voted against 69 companies and 64 directors for climate-related reasons. It also put 191 companies “on watch”.

This is a lightly edited transcript of an interview with Tariq Fancy. It was broadcast on BBC Radio 4’s ‘Today’ on 7 September 2021 at 0620h.

I’m not sure that that many of the actual experts in our society - by which I mean accredited and Nobel Prize winning economists - think this will work, or point to this as a solution. Generally, they point to policy reform at the government level as the key to fighting climate change.

What we’ve seen instead for the last few years is that the private sector has found ways to convince the public that we don’t need government action.

In the growing social angst that has developed, the financial services industry has developed a set of products and narratives that purport to solve this problem themselves. And having sat at the middle of the machine of the largest one in history, I can tell you quite confidently that the vast majority of what they’re saying doesn’t really add up.

The vast majority of the products that they’re selling, have little to no demonstrable impact on the environmental and social causes that they invoke in their marketing.

BBC Presenter: Let’s just deal with a couple of the arguments that are commonly advanced or common preconceptions - or misconceptions about this. So one thing a fund manager will say is: if this company does not change what they do we will sell their shares? Does divestment of shares have any effect on what the companies actually do when it comes to climate change?

Divestment has no ‘green’ impact

Divestment has little to no impact on what the company does. Most of the impact of divestment is on the person actually doing divestment.

But the fact of them selling it does nothing. Because by definition, someone bought it if you sold it.

There’s absolutely no evidence to suggest that divestment in any way, shape or form actually lowers carbon emissions. As long as it’s legal and makes money, the market will find someone to invest in it.

And you know, honestly. Is the solution to climate change a good hedge fund to fight the bad ones? I mean, we can do better than that.

BBC Presenter: What about another argument, which is commonly advanced? That by investing in companies which will help fight climate change; companies which are coming up with alternative types of fuels, for example, or alternative energy sources, you will make more money; you will be better off; you will do well by doing good. Does that strategy actually work?

Very little in practice. The idea is alluring. It’s one we want to believe, which is that the market will self correct. Right? That’s effectively the idea behind it.

The market will self correct, because a whole set of societal ideas around consumer preferences, where people want to work, and so on and so forth, will pressure companies to act in a way that actually serves the public interest.

What I saw from integrating environmental and social considerations across the largest pool of assets available in capitalism today - approaching $10 trillion - is that that works in very, very few instances.

The blind lead the blind

And the danger of that is, the more that we believe that companies are going to do the right thing all by themselves through voluntary compliance, the more we blind ourselves to what the experts are actually telling us, which is that we need to jettison this sort of neo-liberal viewpoint of the world that competitive markets don’t need government acting as referees.

It’s as illogical as saying a competitive sport doesn’t need referees, because the players will self-referee themselves. At some point, the players start playing dirty and doing things that are not in anyone’s interest, because it wins games.

That’s what’s happening across the financial markets in the economy today. Too much capital is going towards companies that are doing things that are not in the public interest.

And that is growing. Every single year you see all of what I call sustaina-babble coming out of Wall Street growing. You see ESG assets and sustainable assets growing. And they’re growing exactly alongside carbon emissions, inequality and all the things they’re meant to actually do something about. Because for the most part, there’s little to no impact out of any of that.

The BBC asked BlackRock for a response. They said they don’t sell these kinds of investment funds. They said government must play the main leadership role in addressing this sustainability crisis.