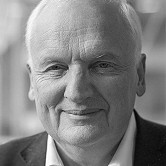 The rapidly encroaching Climate Emergency threatens our survival on this planet. Together we face “nothing less than the collapse of the living world”.

This was the chilling warning from the distinguished naturalist Sir David Attenborough in his powerful film A Life On Our Planet.

Sir David presented his analysis from near the Chernobyl nuclear reactor in northern Ukraine, which exploded with catastrophic results in April 1986.

He gave his celebrated ‘witness statement’ to a documentary video crew in the nearby town of Pripyat. It has been deserted since 50,000 workers and their families were evacuated two days after the explosion.

Pripyat shows how nature bites back against our abuse of nature and the planet. Humans have no place. The whole urban area is now a jungle of vegetation and wild animals.

Mobilised by Sir David’s warnings that “our planet is headed for disaster”, I visited Chernobyl. I wanted to experience for myself this prime example of what the “collapse of the living world” means.

The experience was chilling. It underscored the frailty of our human presence on planet Earth, and how we abuse it.

The threat to nature is not unthinkable. It is real. It is immediate. It cannot be avoided. “We need to learn to work with nature rather than against it,” Sir David urged.

At TTU we work to inspire leaders to think the unthinkable in order to embrace both the huge risks and new opportunities of the climate emergency.

So join me as I walk in Sir David Attenborough’s footsteps through the nuclear danger zone around Chernobyl. I experience for myself this distressing global example of our planet on the edge.