Latest Unthinking / What are Tipping Points?

What are Tipping Points? 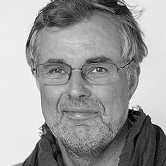 Tipping points are not a new idea, but they have great potential in understanding the climate crisis and how we can work together positively to avert the coming environmental crisis.

The concept of tipping points was brought into climate science by Professor Tim Lenton and colleagues in the paper Tipping elements in the Earth’s climate system. It was published in 2008. They wrote: “The term ‘tipping point’ commonly refers to a critical threshold at which a tiny perturbation can qualitatively alter the state or development of a system.”

Tim Lenton, Director of the Global Systems Institute (GSI) had been inspired by James Lovelock’s Gaia theory of Earth feedback systems. Then, reading Malcolm Gladwell’s best-selling book, Tipping Points: How little Things Can make a Big Difference, published in 2000, Tim was struck by the complementarity between tipping points and earth feedback systems.

Malcolm Gladwell described the three key characteristics of tipping points as ‘contagiousness, little causes can have big effects, change happens not gradually but at one dramatic moment’.

This abrupt, self-sustaining, non-linear change is what distinguishes a tipping point. And when tipping points interact, it can lead to domino-like cascades.

In the 2008 paper, Tim Lenton and his co-authors warned that ‘society may be lulled into a false sense of security by smooth projections of global change. Our synthesis of present knowledge suggests that a variety of tipping elements could reach their critical point within this century under anthropogenic climate change’. They identified nine such climate tipping points.

Fast forward to September 2022 and the climate tipping point concept has gained much further acceptance. Tim Lenton is co-hosting the Global Tipping Points Conference. It runs from 12-14 September at the University of Exeter. The crux of the conference is, given the dire prognosis on climate tipping points, how can we use the science - social sciences as well as climate science - of tipping points to help facilitate rapid social and political change for a just transition?

In short, how do we trigger positive tipping points?

“There is not one single solution or pathway of solutions to the 2-1.5°C target, but thousands of them at very different levels,” wrote David Tabara in his 2018 paper on positive tipping points.

Radically accelerating the decarbonisation of the global economy through identifying and operationalising positive tipping points is agreed to be a high priority on tipping points.

Social tipping dynamics for stabilizing Earth’s climate by 2050 is the title of a paper written by llona Otto and Jonathan Donges (both Potsdam Institute for Climate Impact Research collaborators), with Johan Rockström and John Schnellhuber, in 2020. They propose ‘concrete interventions to induce positive social tipping dynamics and a rapid global transformation to carbon-neutral societies’.

The paper inspired Femke Sleegers to set up a campaign, the Social Tipping Points Coalition, in the Netherlands. She successfully lobbied the Dutch Government. Femke says: “The response to our call for a social tipping point strategy for climate policy has been overwhelming. So many organisations, scientists and other people support the idea and want to join us.”

But what is the definition of a social tipping point? “It is much like the contagious spread of behaviour or opinions in social networks, resembling the spread of epidemics. Many small changes can lead to even bigger advancements on a larger scale,” Jonathan Donges said.

How to facilitate positive tipping points?

There are preconditions; the system has to be ‘ripe’. And to be successful in tipping the system, there has to be capability to facilitate and follow-through the changes, and also overcome resistance from vested interests. No easy task given, for example, the fossil fuel lobby.

Operationalising positive tipping points towards global sustainability is the title of a recent article in Global Sustainability by Tim Lenton, with Scarlett Benson and Talia Smith of the systems change company Systemiq. They write: “There is a growing consensus that we need to identify and trigger positive tipping points to accelerate progress to achieve the required, transformative rates of change.”

That sums up well the aims of the conference. The goal, simply put, is to ‘turbo-charge’ the work of identifying systemic recipes for positive tipping. The conference is the first of its kind. It will build up the tipping points research community - including further developing climate modelling.

As well as these planned initiatives, Tim Lenton says: “This conference is my gift to the world. I welcome all ideas and energy, so we can work as a network of networks on tipping points. The world certainly needs it.”

Please note: The conference is fully booked. The Tipping Points debate facilitated by Thinking the Unthinkable on 12 September at 1800-1930 BST is open to all, please register here on eventbrite.