Latest Unthinking / COVID-19: What leaders can learn from the Incas

COVID-19: What leaders can learn from the Incas 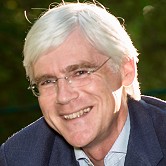 A few countries have handled the sinister challenges of the Corona virus better than others. Comparisons are risky, because each nation gathers data in different ways and healthcare systems vary.

But every nation has confronted the same basic problem: COVID-19 is a brutal leveller that has tested all leaders beyond their natural capabilities. It is not just nation states that have shown a breath-taking frailty and lack of preparation. Major listed companies have been running out of steam within weeks of the shutdown.

Have these organisations been living from hand to mouth for years? Where was the responsible governance, the risk management, the contingency planning, the prudent leadership, which could embrace the possibility of extreme risks and unthinkables?

Today’s leaders could have learned a lot from the Incas. The collapse of the once all-powerful and legendary civilisation in South America 500 years ago holds sobering lessons for the cost of complacency, self-delusion and an assumption of invincibility.

Leaders need to ask: What did Atahualpa, head of the Inca Empire in 1532 and Olli-Pekka Kallasvuo, the CEO of Nokia in 2007 have in common?

Answer: Far more than you might think. Both were blinded by the feeling of unstoppable success. And both were victims of radical disruption, made more damaging by their own illusions of invincibility from external threats..

For Nokia it was the iPhone. For the Incas it was the arrival of the Spanish conquistadores. For all of us right now it’s been the sudden and devastating appearance of COVID-19. Arguably it is the ultimate disruptor of human assumptions of our ability, invincibility and right to survive. There is a fast lengthening list of companies and governments who are becoming the Nokias of 2020 because of the unforeseen catastrophe of COVID-19.

For centuries, the Inca culture did an excellent job selecting its next kings (the “Inca”). It chose the most suitable of the eligible sons, rather than the eldest. It used a robust selection process.

But with the Europeans on their doorstep, the Inca Huayna Cápac did something different. It was a fatal mistake. He nominated two of his sons, Atahualpa, and Huáscar, to lead after his death. This led to a bloody and protracted civil war. It was fuelled by the uncontrolled egos of the two half-brothers.

Atahualpa was the ultimate victor. But the fighting left the Inca Empire in a severely weakened state.

The stability of the Inca empire was then further ravaged by diseases imported by the first Europeans. So it was vulnerable and easy prey when the invaders arrived.

At the decisive battle of Cajamarca, Atahualpa was convinced that the 200 Spanish mercenaries would play by the rules - his rules - and respect his god-like status. Any other possibility was unthinkable. He therefore approached them completely unarmed and was promptly taken prisoner. This was watched by 12,000 Inca warriors, who looked on paralysed and helpless, as their “untouchable” leader was marched away.

The Illusion of Invincibility

Would it have helped the Incas to think the unthinkable and question their belief in their invincibility? We cannot know, of course. What we do know is that the top-down process of questioning basic assumptions about an organisation will open the minds that matter.

This forced change of mind-set can lead to insights about vulnerabilities that enable organisations to plan and mitigate for the unthinkable. Jeff Bezos has said that Amazon is not too big to fail. It takes a fair degree of humility to make such a statement when you are that successful. But the mind-set that produces it can help prevent self-satisfied blindness and falling victim to the illusion of invincibility.

Most organisations, private and governmental, believe they have a well-managed selection process based on meritocracy when choosing their leaders. But the narcissistic character traits that smooth the way to the top - an exaggerated sense of self worth, a tendency to overestimate yourself, cold-heartedness, a lack of empathy and a willingness to take risks - can become highly toxic, irrelevant and counter productive when suddenly faced with a massive crisis of survival.

That is what confronted Inca Atahualpa at Cajamarca. It resulted in him and his empire being brought down. So let’s make a similar analysis for today’s leaders like Trump, Bolsanaro, Johnson, Erdogan, Putin, Lukashenko, Duterte.

All of them are men. All have failed so far to deal with the Corona crisis competently. They have appeared arrogant, helpless and out of their depth, unable to adapt their style of leadership to the situation. Blinded by the illusion of their own invincibility, they have denied there is actually a massive existential problem and closed their eyes to reality to the point of satire. And they have regularly chosen to ignore information that doesn’t suit them or is just too complex for them to understand.

With this kind of toxicity, will COVID-19 herald an eventual public rejection of egotistical, autocratic leadership in the same way that the arrival of the Spanish ended the inflated self-belief of the Incas? That might be too optimistic, but it could signal the start of the end.

Is any leader coping well?

Yes. Some countries have performed well. One crucial differentiating factor has been leadership style, especially from women. A number of female leaders, including Angela Merkel, Jacinda Ardern, Erna Solberg, Katrin Jakobsdottir, Mette Frederiksen and Sanna Marin have presented a competent and, to date, successful approach. They focus on consensus and empathy. They show a balanced self-confidence that enables them to be open when they don’t have all the answers.

These women leaders also demonstrate that they have understood the important questions and listen to their expert advisers. They engage in dialogue and show respect for discussion partners. They are clear and consistent in their communication. And they don’t waste energy trying to find someone to blame for the crisis!

Above all, they show a certain humility. They make dealing with the COVID-19 challenge a higher goal than self-preservation. What a contrast to Trump and Co., where exercising power in a domineering, know-all way is more important than handling the issue competently.

What can today’s leaders learn from the Inca’s demise?

These ten lessons from the Incas are no guarantee for success. But they sensitize to the dangers of the illusion of invincibility. After all, if as a leader in a massive, unexpected crisis like COVID-19 you can’t imagine failing, then you are simply not being realistic, sensitive and creative enough.

This weakness was true for the Incas 500 years ago. It is just as true for leaders and organisations today.

The core frailties and vulnerabilities of leaders in a time of unthinkables is a human constant. Leaders who understand this can challenge this constant. They can modify their thinking then lead their organisations in a more enlightened way to overcome the crisis, then thrive.

Paul Williams is an executive coach and internationally experienced manager. He is author of “The Illusion of Invincibility - The Rise and Fall of Organizations – Inspired by the Incas of Peru“. It was co-written with Andreas Krebs, a seasoned international executive with board level experience in the US and Europe. The book was published in German in 2018, in English in 2019 and will appear in Portuguese and Spanish in 2020.