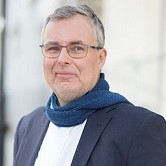 by Chris Langdon, Co-Author of Thinking the Unthinkable

Filed under Diversity of Thinking

Why do decision-makers consistently make such poor judgements? Why don’t they realise the huge costs, both financial and human? And what can they do to make better decisions? Those are the questions behind a new book called Noise, A Flaw in Human Judgement.

Addressing the unrecognised ‘scandal’ of inconsistent decision-making is the latest campaign of Nobel prize winning behavioural economist, Daniel Kahneman. He is globally-known for his ground-breaking winning work on bias in his best seller, Fast and Slow.

Now a sprightly 87 year old, Professor Kahneman has turned his attention on what he calls ‘noise,’ his term for unwanted inconsistent decision-making. He doesn’t mince words. He says it costs companies millions of dollars, and arguably ruins millions of lives.

Kahneman’s work is directly relevant to the questions that we at Thinking the Thinkable have been asking: why do leaders consistently make such poor decisions? And why are they so unaware of this?

At Thinking the Unthinkable we have been helping leaders to combat conformity and how to survive and to thrive in radical uncertainty. The research from Dr Kahneman and colleagues offer a new set of tools we can deploy to assist leaders.

Many people are aware of variable decision-making. But few are aware of the sheer scale of it, because it’s not properly measured. That is exactly what Daniel Kahneman and his colleagues have been doing.

In one telling study, he and his two collaborators Professors Cass Sunstein and Oliver Siboney analysed how judges make significantly different sentencing decisions. Their astonishing evidence shows that decisions can vary according to how a judge feels.

Speaking recently at Nudgestock, a one-day online festival of behavioural science, Kahneman said: “the judge could be in a good mood are in a bad mood, it could be a hot day or, or a cool day, the judge’s football team might have won or lost the day before; all of these are likely to play some role in determining the sentence. From the point of view of the individual (in the dock), it’s a lottery.”

Some of the three researchers’ most insightful analyses came from working with judges on theoretical but realistic cases. In one such experiment, “the average sentence for 16 offences, and 208 judges was seven years,” Kahneman said. “But if you took two judges at random, and you looked at the difference between them in evaluating a single case, chosen at random, you would expect the difference of almost four years. And that is a total scandal.”

They also analysed the decisions by an insurance company’s underwriters on pricing similar risks. The researchers stunned the company management when they demonstrated that decision-making by their insurance brokers was five times more random than the management had expected.

“In underwriting”, says Kahneman, “there’s a form to fill that will lead to a number. But they (the underwriters) first decide that the number. And then they fill the form so as to get the number. This is really common and it’s a tremendous waste of time. So, you would want forms or structures that people actually find helpful, while being disciplined, so as not to let their premature impressions, their early intuitions ‘jump the gun.’”

Noise helps to explain the psychology behind what Thinking the Unthinkable has often encountered. Audiences at our presentations prick up their ears when we mention the words, ‘conformity’ or ‘groupthink’? Noise helps us understand this complex human issue… The simplest analogies for bias and noise are throwing darts at a dart boards. If all the darts consistently hit, say, the right-hand side of the target; that is bias. But if the darts are randomly scattered all around the target; that’s noise.

How do we get more darts onto the bulls-eye of a target; ie good decision making? The answer is ‘noise hygiene’. Kahneman says it is a deliberately prosaically named process. Nobody knows when they wash their hands, how many germs they’re killing. But it’s a process we all know it’s good for us.

It will help wash away conformity. Kahneman says: “In meetings there tend to be a lot of pressure for conformity, either from the leader or from the person to speak first, or from the people who speak most confidently, so that the amount of agreement that is achieved in the meeting is actually much too high. It doesn’t represent the true diversity of opinions that exists around the table.”

“And we propose a better way of running meetings, where people would come prepared with their own judgement on at least some of the issues. So these judgments should be shared before the discussion, so that people become aware of the amount of noise of the amount of variability and that they must bridge.”

This links to our own research with leaders on the causes of conformity and leaders’ unwillingness to think the unthinkable, or to address the unpalatable. Diverse thinking is screened out by accident, or by design. We agree with Kahneman that different opinions are essential for generating ideas, and contrarian thinking is essential for innovation. Plurality of opinions are good, as Kahneman writes.

With decision hygiene, the aim is not to suppress human judgement and intuition, but to make it come second so that first of all there’s an objective analysis of the issues, without the bias of conformity or ‘contamination’.

Kahneman stresses, “I’m in all in favour of unanimity, but not premature unanimity. And it’s the same with intuition…We think intuition is necessary just to give you confidence in a course of action; you must be convinced that you are right. And if the group is all convinced on the same thing, it’s a good thing, it’s not a bad thing. But what is very important about intuition and about agreement; you want to delay them. You want people to accumulate information, and break up the problem.”

And then at the end, it is perfectly permissible that people should give their views - after they’ve written their decisions down. It is about having a process of intensifying reflective thinking.

The book at 450 pages is sometimes over-written, and occasionally frustrating. But it is well worth reading. For us at Thinking the Unthinkable, Noise helps us understand why decision making is so bad, and why leaders do not listen to the signals both conscious and unconscious that their staff give out.

Staff always have key contributions to make. That is our view drawing on six years of research. Daniel Kahneman agrees that staff are key to cutting noise: “you would want the employees themselves — to a very large extent — to be involved in any procedure changes that are designed to reduce noise.”

Reducing noise is critical, Kahneman says, “a less noisy world would save a great deal of money, improve public safety and health and prevent many avoidable errors.”

In our view cutting noise would also help leaders to think the unthinkable and the unpalatable. It is an important tool for leadership in radical uncertainty.