Latest Unthinking / Putin’s plan: you will be next

Putin’s plan: you will be next 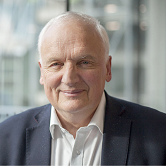 by Nik Gowing, Founder and Co-Author, Thinking the Unthinkable

For most people, until late February, Ukraine was a nation of which they knew little. Now its desperate plight is disturbingly close for all of us.

The terror could be against you next. Yes really!

Until 24 February, Ukraine had fast become a vibrant, impressive, independent nation. It throbbed with ambitions, entrepreneurial skills, innovation – especially in IT - and increasingly wealth.

Many start ups provided excellent back office services for big western companies. Coders have made Ukraine a much sought after originator of computer games.

I last sampled Ukraine’s impressive energy of innovation when I moderated sessions at the Kiev International Economic Forum last October. The enthusiastic attendance by global business executives of all ages confirmed how this was a nation consolidating its self-confidence with great prospects - provided the government would crush corruption as demanded by the IMF.

In just a few days Russian relentless military action has shredded and blown away all that optimism.

All ages of the population have become either homeless, jobless and probably both. At high speed many have crammed whatever wealth, clothing and family possessions they could save into wheely bags or ruck sacks before struggling to find a bus, car or train to somewhere safer. Families have been torn apart. Too many are already gravely injured or dead. All men over 18 have been forbidden to leave the country.

All this in just 14 days. But just before Russia’s invasion almost no Ukrainian believed this would happen. They simply could not think this unthinkable.

Yet in barely a fortnight a vibrant, self confident nation has imploded in all but spirit, determination and bloody mindedness.

At shocking speed this has underscored the inherent fragility of our society that we all self confidently take for granted. Supplies of the basics - food, water, power and cash – can suddenly become stressed or non existent because of war.

Only the ability of many to communicate and even see each other via mobile phone has somehow kept up spirits. It is remarkable that Russian gunners or signallers did not incapacitate Ukraine’s 4G systems as an early military aim in order to further sow panic and despair.

But don’t assume that this scale of horrors is only about Ukraine.

Under Putin’s plan, the terror imposed on 44 million people could next be inflicted on all of us across Europe. His 20 years of chilling, single minded planning and determination have put in place ways for him to multiply, escalate and broaden the evil he has already inflicted on Ukraine.

We and the way we live could all be Putin’s targets next if he is provoked to broaden his actions beyond Ukraine. This prospect is real and finely balanced on a knife edge.

The US refusal to help Poland supply MIG-29 warplanes to Ukraine confirms the risk of this happening. So do the truck loads of weapons and military material being shipped into Ukraine across its western borders.

Putin has already threatened publicly the next stages of his escalatory ladder. Such support for Ukraine could provoke him to declare a wider war in Europe at any moment.

The UK’s Defence Secretary Ben Wallace acknowledged this. He said on Tuesday that London must “tread a very fine line between how we maximise the defence of Ukraine without triggering a wider war in Europe” and “putting at the risk the United Kingdom from an escalation”.

But the inability of leaders to think the unthinkable has so far limited the dramatic thinking now needed. This narrow mindedness was confirmed frankly by Dutch Prime Minister Mark Rutte on Monday. “We all thought that somehow we could contain this,” he told the BBC.

Now Putin is “angry and frustrated”, CIA Director William Burns warned a US Congress hearing on Tuesday. “He has no political end game,” he said. As a result he will “double down” on his actions and intentions. It must be assumed this means provoking the escalation Ben Wallace warned of.

Take nothing for granted

We are entering even darker times. So we need to prepare ourselves. So must leaders, governments, public servants and corporates. We must change behaviour and mindsets.

The unthinkable is happening. Tragically we must all assume that nothing we take for granted in our lives is secure, including our safety and security.

Functioning wi-fi and broadband? ATM machines? Mobile phone networks? The staple needs that lubricate our lives could suddenly no longer be there. Public morale would crash immediately. What then?

I am shocked to write this. But please take notice. While the horror of Ukraine may be far away, we are neither safe nor immune from Putin’s acts of barbarity wherever you are reading this across Europe.

Let me give you a taste of the uncertainties.

It is the same in the Baltic and around the coasts of all NATO member nations. This has been happening for years as part of Putin’s planning and preparations for what he has now unleashed.

For several years, successive UK Chiefs of Defence have issued public warnings about Russia’s mapping of undersea pipes and cables using special mini submarines. In a few hours they could sever our huge electrical power cables from Europe, or the new pipeline bringing gas from Norway.

The aggression of military forces was graphically visible in the Channel 5 documentary series about HMS Duncan. The Type 45 destroyer was in international waters off Crimea. It was shadowed and painted electronically by Russian warships. It was harassed by 20 Russian warplanes, a couple of them flew barely 300 metres away.

In early February, a Russian naval ‘exercise’ positioned itself at the location off south west Ireland where massive transatlantic undersea cables converge. Extraordinary action by Irish fishermen complaining about the impact on their fish stocks forced a Russian retreat.

Then there is the modernised Russian navy fleet, especially the new generation of submarines commissioned by Putin. Unseen, they routinely prowl the seas around Europe below the surface. Like the warplanes, they have been testing our defences, tracking our military assets and mapping targets for just this moment. They carry a deadly array of missiles.

The weapons are part of Putin’s planned escalatory capability against NATO and EU nations after his assault on Ukraine.

The dramatic BBC portrayal of the scale and determination of Russian subversion against an imaginary Trident submarine – HMS Vigil – recently captured the new reality. For years Moscow – along with China - has been intensifying that level of penetration into all parts of Western Europe, especially with sleeper agents and agents of influence.

The nature of this reality was confirmed vividly in 2010. Ten Russian sleeper agents “living normal lives next door” in the US were outed by the FBI. Many had successfully remained undercover and unsuspected for years by obtaining jobs, getting married, and raising families.

They were swapped for four “spies”, including Sergei Skripal who Russia had convicted for spying. Skripal was subsequently targeted by two GRU agents who travelled to Salisbury in the UK in a failed attempt to murder him with the poison Novichok.

Putin, a former KGB colonel based in Dresden, East Germany has never lost the skills and instincts to exact revenge in this way. Quite the opposite. Enraged by how the Soviet Union failed to defend itself, he has intensified his use of them as an integral part of planning his current murderous campaign against NATO’s influence.

The Baltic peninsular of Kaliningrad is known to few and rarely visited by outsiders. The former Prussian enclave of Konigsberg is sandwiched between Lithuania and Poland.

Ceded to Russia in the post World War Two settlement, it is now a giant militarised, forward weapons base. It is the only ice-free port for Russia’s Baltic fleet. One of Russia’s Nuclear, Chemical and Biological regiments is based here.

Russian missiles deployed in Kaliningrad can be nuclear tipped. NATO believes they can hit Warsaw, Berlin, Stockholm, Oslo and the Swedish island of Gotland. Kaliningrad’s huge value to Putin’s planning has been underscored in recent years by Moscow’s insistence that the range of Iskander missiles was not far enough to be covered by arms control treaties.

In a next stage of Putin’s escalation against NATO Kaliningrad is a forward base whose military systems could decimate many Nordic targets from Poland, through Germany, Norway, Sweden and Finland plus the three Baltic states of Lithuania, Latvia and Estonia which Putin wants returned to the former Soviet space.

So the message is chilling. We must all do an audit of the vulnerabilities in our lives.

How would you survive the sudden loss of the stability. life style and basics that you readily assume are guaranteed and which you take for granted? What parts of your life would you chose to throw into your wheely grab bag before you rush for safety and security somewhere?

Don’t accuse me of scare mongering. As I wrote in my last posting on 22022022, almost no one – including those regarded as experts on geopolitics - believed Putin would invade Ukraine. But he did two days later on 24 February.

Since 2007 he had clearly signalled his intent. Western nations regarded his threats as wingeing bluster. It was a tragic failure of imagination, intensified by a group think inability to think the unthinkable.

CIA director Burns even went to Moscow last October to confront the Russian leadership with the fact that the US knew their plans. That did not faze Putin or give him pause for a rethink.

Putin has issued his warnings. We are all vulnerable.

The unthinkable is now the unpalatable for all of us, even for those of us who are many hundreds of kilometres from Ukraine and its terrible suffering under Putin’s onslaught.

Be warned. And be prepared.