Only a crisis – actual or perceived – produces real change 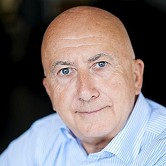 David Grayson is Emeritus Professor of Corporate Responsibility at Cranfield School of Management, chair of the Institute of Business Ethics and the author of a number of books on responsible business. He writes here in a personal capacity.

“We’re in the middle of the biggest societal shakeup since the second world war.”

This is the argument of Dutch historian, author and journalist Rutger Bregman in a fascinating, extended essay on the online news-site, the Correspondent.

Bregman recounts how in 1947 a small think tank was established in the Swiss village of Mont Pèlerin. The Mont Pèlerin Society was made up of self-proclaimed “neoliberals”, like the philosopher Friedrich Hayek and the economist Milton Friedman.

Bregman quotes Friedman’s preface to his book Capitalism and Freedom (1982). Friedman wrote: “Only a crisis – actual or perceived – produces real change. When that crisis occurs, the actions that are taken depend on the ideas that are lying around.” (my emphasis).

Some probably believe that they already have the new ideas, which are fully formed and ready. As a result, they will double-down on pursuing them.

I am more circumspect. We already have a number of potential building-blocks. Some are more refined than others. They could provide foundations for a more sustainable, inclusive and fair future.

It seems many share my circumspection. That’s my strong take away from the large number of online discussions I have been invited to join in recent weeks. We don’t yet have a fully-formed model. So we need to explore collaboratively what is possible.

One conversation I am tracking is Imperative 21. This loose convening has been pulled together by the B-Corp movement, the B-Team, CECP, the Coalition for Inclusive Capitalism, Conscious Capitalism and Just Capital. The coalition describes itself as “working to align incentives and shift culture so capitalism works for the benefit of all stakeholders.”

Imperative 21 is consulting on a series of very broad, “design principles” for the 21st Century. These draft principles include, for example:

“We must ensure leadership and ownership is more representative, and investment more accessible, creating greater voice, power and opportunity for those currently marginalised.”

“We must be deliberate in our use of technology, ensuring that it distributes rather than concentrates power, and increases rather than diminishes human rights and freedoms.”

The intention is that “each imperative will eventually be accompanied by a Note which will define terms and clarify intentions”. The Note will allow the imperatives themselves to be as brief as possible so that they address the intended primary audience of allies and system change decision makers, rather than the general public.

We should not see these design principles as replacing the UN’s 17 Global, Sustainable Development Goals (SDGs) nor the principles for individual, responsible businesses of the UN’s Global Compact. Rather, they represent an attempt to define guidelines for renewing capitalism and creating a more sustainable society and market economy.

How might that happen? Here are some of the questions that have occurred to me. Please do add your own.

Will the COVID-19 lockdown and working from home accelerate the long-term automation trend?

If so, will displaced workers find new, decent jobs (such as Cyber-security specialists)? If not, how will large numbers of long-term unemployed find meaning and purpose – and crucially – income?

As governments across the world develop their economic recovery plans, will they prioritise an acceleration of the shift to a more Circular Economy and Doughnut Economics.

Will there be an explicit bias to “Green jobs”? Will governments ensure that company bail-outs are linked to stretch targets on embracing sustainability? What mix of taxes, subsidies, laws and regulations, and social nudging will optimise this shift?

The crisis has shown that many jobs previously described as “low-skilled” (delivery drivers, supermarket shelf-stackers etc) are actually essential to keeping society functioning. Will the rest of us accept higher taxes and higher prices so that these essential roles can be better paid and more secure?

It is time to dust off Matthew Taylor’s report in the UK on good work, plus his recommendations on the future of work and better protections for “gig economy” workers? Given where we are now, will voters accept some modest reduction in net income to ensure that all can have a better quality of life?

Will business leaders see the shift in the Zeitgeist and seriously tackle gender, race, disability pay gaps? Look at the sudden impact of Black Lives Matter and the MeToo movements. Will they give their employees a bigger share of the pie?

Is this the time for widespread adoption of employee share ownership schemes? What is the best mix of carrots and sticks to encourage this – and do it fast?

How do we encourage more responsible and sustainable business behaviour? What combination of taxes, subsidies, laws and regulations, and social nudging will optimise this shift?

Is it time to revive the idea of a Responsible Business Commission, with the force of statute, (first proposed in UK in the early 2010s in the wake of the Financial Crisis), to investigate perceived examples of egregious business irresponsibility?

Should this be part of a new Social Contract for immediate implementation? Or should government powers be held in reserve to evaluate first if the business community itself can get more proactive at calling out bad practices?

While I instinctively favour self-regulation (individual and collective) wherever possible, time is of the essence in proving voluntarism can work.

I am particularly interested in the debates about a good later life, Continuous Professional Development and life-long learning. Remember the Gandhi dictum: “Live as though you will die tomorrow; learn as though you will forever!”

Will the enforced moves to virtual lectures and online learning help encourage more mature students to take up studying again? And will the likely decline in international students – at least for a time – encourage more British universities to give more emphasis and status to “continuing education?’

I like to think of myself as an optimist without illusions! If ever there was an opportunity to shift our society to a more sustainable and fairer basis, this must be it!