The Black Mambas: Leading a legacy for future generations 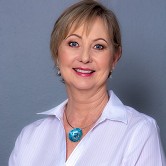 Exceptional leadership to confront unthinkables comes in many forms. The leadership inspiration we highlight at TTU is found at all levels. Diversity is a key part of the TTU approach.

We work with leaders to address the dual challenges of the climate emergency and of reversing over-exploitation of nature. On the latter, as a result of the Covid-19 pandemic we are all aware of the dire consequences of the jump of viruses from wild animals to humans. The illegal wildlife trade is not only immoral. It contributes to these zoonotic transfers.

Here is the story of the all-female Black Mambas in South Africa. Most are single mothers. Their community leadership in the country’s most famous game reserve shows how leaders can flourish at any level. Named after the poisonous snake, the Black Mambas take the enormous risks. Unarmed, they confront the national and global problem of wildlife poaching. In doing so they have a positive impact on the rest of the community. They have lessons for us all.

An elite team of women dressed in bush fatigues and divided into patrol groups is on the move.

It is 4am on a chilly winter morning in the South African bushveld, not far from the boundaries of the Kruger National Park, the biggest in the country.

The women are all single mothers and they have an important mission.

They are unarmed and equipped only with exceptional skills, close teamwork, and sheer courage.

The Black Mambas take their name from the lethal snake. Their objective is to make it both difficult and unprofitable to poach wildlife within the 62,000 hectares of the Balule Nature Reserve. Their four-hour early morning patrol has them visually policing the boundaries on foot, each woman covering about 20km at a time.

Returning to base, their work for the day continues. The Mambas set up roadblocks to search vehicles. Observation and listening posts stationed at key points have to be monitored to check for signs of poisoning. Building sites and staff compounds are visited to gather intelligence and ensure compliance.

Eyes and ears of the Reserve

Sweeps with trained dogs are conducted across the Reserve and in neighbouring tribal lands to locate poachers’ camps, wire snares and bushmeat kitchens. The boundary check is repeated at dusk each day, this time by vehicle. These include known infiltration points and waterholes frequented by rhinos.

Being unarmed (to avoid shootouts), the Black Mambas do not themselves make arrests. Instead, they are the eyes and ears of the Reserve. They carry specialised equipment to call in fully armed ground and air backup wherever necessary.

It is a dangerous job.

In addition to the poachers, wildlife can be highly unpredictable. Although the Mambas regularly find themselves in compromising situations, fortunately to date there have been no casualties. Through their courageous work they have achieved a 63% reduction in poaching incidents in the Balule Reserve area.

The Black Mambas unit was established in 2013 by conservationist and field ecologist Craig Spencer. It is managed through his non-profit conservation organisation, Transfrontier Africa, with both government and private support.

The unit consists of approximately 30 women (and more recently one or two men), drawn from local communities.

Many of these women were unemployed single mothers supporting extended families. Being a part of the Black Mambas now gives them status, with the opportunity to gain skills and make a meaningful contribution.

Whilst each of them is passionate about wildlife and rhino conservation, their greater purpose is to be role models for their communities and provide hope for a better, more sustainable future for their children.

To have the greatest impact, it is essential that the communities bordering the Reserve are informed and upskilled in the importance of protecting their natural heritage. Then they can support the work of the Black Mambas through their decisions and actions.

With this in mind, the Black Mambas set up a community-based project in early 2015 to instil a conservation mindset in the younger generations.

The ‘Bush Babies’ programme was born, and subsequently integrated into the curriculum of 10 local high schools, covering a wide range of topics linked to conservation and ecology.

It has now expanded to present a range of other educational programmes, including age-appropriate learning for younger children, a school holiday programme, environmental bush camps - and even a programme for the elders of the community!

The UN Environment Programme (UNEP) recognised the “rapid and impressive impact” the unit made in “combatting poaching and the courage required to accomplish this task”. It awarded the Black Mambas its Champions of the Earth Award in the Inspiration and Action category.

More recently, the Covid-related lockdowns of the past year have had a devastating effect on tourism in South Africa and the substantial income derived from this.

In yet another demonstration of exceptional community leadership, the Black Mambas rose to the occasion. They have been raising funds internationally to distribute food parcels to the people in their communities who would otherwise have faced starvation.

Since March they have been sharing their work with the world in a partnership with a mobile phone manufacturer. Viewers globally can watch online as rhinos, lions, giraffes and elephants in the park go about their daily lives.

The project uses specially installed cameras at Wildlife Watch. Viewers help protect endangered species. Acting as the ‘eyes’ of the Mambas, anyone can report suspicious activity they spot directly to the unit’s HQ.

Barbara Walsh, is director of Metaco Consulting in South Africa. She is the co-founder of the global platform Teams & Beyond.