Latest Unthinking / Risk and threats: why we under or over calculate

Risk and threats: why we under or over calculate 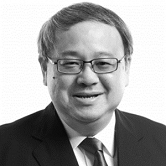 At TTU we highlight cutting edge trends to alert leaders on why they must change how they think. We also share examples of great leadership and insights as an inspiration for others.

Peter has long been admired globally as an over-the-horizon visionary on risk. He was head of the Civil Service in Singapore having been permanent Secretary in four big government departments. He is now Senior Advisor to the Centre for Strategic Futures.

This is an abbreviated version of his presentation to the Understanding Risk Conference on 1 December 2020.

Memories of unpleasant or even catastrophic events drive our attitudes to risk. This is a natural defensive mechanism.

But memory is not perfect. It is often impaired by our cognitive biases, and by limits to our time horizons.

While imagination can drive us to construct fanciful risks, our cognitive limitations such as creeping normality prevent us from translating these into proper risk assessments and then converting them into appropriate contingency plans.

To understand and manage risks goes well beyond identifying what they are. It also depends on an awareness of the importance as well as limits of memory and imagination, and other psychological and social factors that shape attitudes towards risk.

Dread risks like the Fukushima nuclear disaster might actually cause fewer deaths than other risks that we happily live with – such as obesity, heart disease or even driving and crossing the road. Yet inevitably they dominate the attention of the media, stoke anxiety and make people excessively fearful.

That fear can change our behaviour in ways that actually increase our risk of injury or death. For example, people are now avoiding visits to hospitals because they fear catching Covid-19.

According to a survey by the World Stroke Organization of a hundred countries, hospital admissions for stroke symptoms dropped by an average of 60% in the first months of the pandemic, compared with the same period in 2019.

What makes a dread risk different from other risks? A key difference is the perception that a dread risk can cause many people to die at the same time.

When threats are new and dramatic, such as the 911 attacks with their stark images of passenger jets crashing into the Twin Towers of the World Trade Center in New York, and the Pentagon in Washington DC, they create a strong emotional impact. This skews our perception of how dangerous they are.

People will also misjudge the likelihood of that catastrophe recurring. This is the availability heuristic. It is the tendency to over-estimate the likelihood of events with greater “availability” in memory. These can be influenced by how recent the memories are, or how unusual or emotionally charged they may be.

So, after a shocking event like 911, we will think that another terrorist attack is a more probable risk than something else, simply because it is fresh in our minds.

Driving is more dangerous than you assume

In an oft-cited study, Professor Dr Gerd Gigerenzer found that in the months after 911, more people chose to drive rather than to fly. They assumed it was safer. Passenger miles on the main US airlines plunged between 12% and 20% over a three month period, while road use jumped.

The change is widely believed to have been caused by worried people opting to drive rather than fly. But the reality is that travelling long distances by car is actually more dangerous than travelling the same distance by aeroplane.

Gigerenzer estimated that an extra 1,500 Americans died in car accidents in the year after the 911 attacks – indirect victims of the tragedy.

For the average citizen, it is hard to make sense of the risk that Covid-19 poses. This is in comparison to single events like plane crashes and natural disasters, for which we have learnt to weigh the risks, and even to become inured to them.

Professor David Spiegelhalter, the leading statistician at Cambridge University, suggests that to meaningfully understand the risk of Covid-19, we should compare it to the risk of dying the next year. This is our annual death risk.

Furthermore, even if the personal risk is low, you may spread the infection to other more vulnerable people. That is why we need to look beyond individual risk, which can actually be low if you are young.

Instead, we should think about the collective risks, which are high. This is because infectious diseases like Covid-19 spread and multiply in ways that other individual risks, like those of car crashes or heart attacks, do not.

A novel outbreak like SARS in 2003 can subside fairly quickly. But others like Covid-19 could rapidly get out of hand and turn into a real existential threat. Although our response to such dread risks might seem like an overreaction on an individual level, it can make sense from the perspective of survival of a city, a country, and even the human species.

All risk, and not just dread risk, is very much a psychological construct. It is the subjective judgement that people and even whole societies make about the characteristics and severity of a risk. However, most people are more concerned with problems which appear to impact daily life rather than long-term problems that may affect future generations, such as climate change.

Most people have no direct experience of climate change. Neither do they notice its impact because the changes appear imperceptible and occur over a long period.

As a result, they succumb to creeping normality. They adopt a wait-and-see attitude, unwilling to change environmentally destructive behaviours even when experts provide detailed and clear risks caused by climate change.

Risk as a social construct

Risk is also a social construct. Perceptions of risk are not just held by individuals. They are also constructed by society through its institutions, cultural values, and experience.

The tighter the binding of society, the more individuals are connected by feelings of belonging or solidarity. This includes attitudes to risk.

The basic idea is that collectivism - putting the common good ahead of individual freedoms - may make people more conscientious about avoiding the behaviours that could cause dread risk. This is one reason why countries in Asia, where collectivism has deeper roots, or New Zealand where community ethos is strong, have seen greater success in tackling Covid-19.

In contrast, the emphasis on individual rights and freedoms has seen people in many western countries push back when their governments require them to wear masks or stay at home.

Not surprisingly, the spirit of collectivism and the social bonds that exist within small tribes are much stronger than those among residents in larger societies.

In 2004, I had the privilege of visiting Port Blair, the capital of the Andaman and Nicobar Islands, an island chain in the Indian Ocean with unique flora and fauna.

Not long after my visit, the 2004 Boxing Day tsunami washed through the Andamans, and swept over North Sentinel Island which was home a small stone age tribe.

An Indian friend told me that some days later, the military flew a helicopter over the island without landing – a prudent precaution against a close encounter with a hungry tribe. They discovered to their surprise that the tribe had survived the catastrophe that had killed two thousand in the Andamans.

It turns out that they were not alone. Another tribe on Little Andaman also fled to higher ground before the tsunami struck. These small tribes appear to have retained a collective memory from their ancestors of natural disasters, developed an ability to read the warning signs of an impending tsunami – perhaps the waters turning a different colour, or the birds and animals getting disturbed – and then to flee to the high point at the centre of the island.

Rejection of traditions that once protected us

In today’s modern world, many of these traditions have either been abandoned or ignored, dismissed as either irrelevant or archaic. But they developed for a reason – to avoid dread risk – and endured for so long in memory because they serve an existential purpose – of survival.

We often think of earthquakes in spatial terms: how far away we are from fault lines, or from the Ring of Fire, or the proximity of our homes to the sea in areas vulnerable to tsunamis. But earthquakes and tsunamis also present us with temporal challenges.

Ancient earthquakes and tsunamis are hidden from us because we do not look far enough backwards into the past. Ignoring the occurrence of an earthquake that occurred more than 1,000 years ago does not reflect a lack of memory. The earth is 4.5 billion years old, but we are a young species.

Many grim futures or dread risks – natural disasters, pandemics, climate change – can often be assigned probabilities. This ought to lead the authorities to take precautionary measures. But they often do not. The author, Margaret Heffernan, called this wilful blindness.

The reasons why they do not are several.

In the first place, leaders often have a hard time properly discounting the present value of events that will take place in the future. This tendency to place less emphasis on future risks and contingencies, and instead to place more weight on present costs and benefits is a common cognitive bias known among behavioural economists as hyperbolic discounting.

Many, if not all, governments indulge in it. One example of hyperbolic discounting at work is climate change. Governments understand the theoretical need to consider effects of global warming on future generations. But instead of spending time worrying about a problem that will – hopefully – occur only after they leave office, they tend to place greater emphasis on the current costs of mitigation and adaptation.

Much of our reluctance to grapple with such risks stems from an unwillingness to face the consequences of an uncertain and unpredictable future. These consequences interfere with long-held mental models – and business or self-interest – creating cognitive dissonance.

Cognitive dissonance leads to many organisations – including governments – to underestimate risks, ignoring warning signs of impending crisis, and taking decisive action only when the crisis unfolds. This is the mother lode of black elephants.

How can we limit or counter the influence of such bias?

Read the signs as warnings

Obviously, the occurrence of a crisis that radically alters our mental models is one corrective. The SARS crisis of 2003 forced the Singapore government – as well as governments in China, Taiwan, Hong Kong and Vietnam – to take more deliberate steps to prepare for future pandemics.

SARS corrected our biases, making us realise that the risks and costs of a pandemic were not trivial. It increased our alertness to the onset of another pandemic.

Without SARS, it is difficult to imagine that our subsequent responses to Covid-19 would have been as aggressive and proactive as they have been. Contrast these responses with the initial lack of urgency in other countries which were largely unaffected by SARS.

Identification, management and communication of risk must take into account this human tendency to underestimate or overestimate risk.