Latest Unthinking / Leaders: the urgency is even greater than you think

Leaders: the urgency is even greater than you think 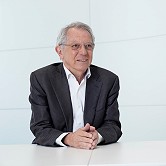 But no one should consider these as a shock. The events are in line with scientific warnings. Leaders must expect and plan for even greater extremes.

In this appeal, the UK government’s former Chief Scientific Adviser urges leaders and the public to grip the intense reality of what we all now face. Planet earth is passing tipping points faster than expected. In turn this creates additional and unexpected tipping points.

Here Sir David sets out why leaders must help to Reduce, Remove and Repair. He was launching the Climate Change Advisory Group of leading scientists on 24 June 2021.

We need to reach out to everyone and explain that there is a crisis. But if we act quickly we can bring the risks to a manageable level. When I say quickly I mean actions taken in the next five years being critical to the future of our planet’s ability to manage our civilisation.

The biggest challenge we have is reaching out to the public to get an understanding of the nature of this climate crisis. Then reaching out through the public – and the public is a crucial conduit in the process – to the political system of the world. But also to investors, to banks, to public companies, to private companies.

Let me talk about tipping points.

A tipping point is reached as global heating pushes temperatures beyond a critical threshold. There are many tipping points around the world. But they are not easily predictable in a scientific way.

When a tipping point is reached, the follow through is an accelerating process.

Look at Northern Finland. The Arctic Sea ice has been there for so long protecting that region from the sun’s rays during the Polar summer. Now the melting sea ice has left roughly fifty per cent of the Arctic Sea open to sun light.

These tipping points have global consequences . If we follow through on Greenland ice melting, then sea levels globally will rise. Every bit of ice that melts on land ends up in the oceans. And sea levels could rise to unmanageable levels if this is allowed to continue.

We need to focus heavily on managing the processes not only for avoiding tipping points, but to step in and reverse the actions of these tipping points.

When I look at the risks around the world and rising sea levels, South East Asia is at risk in just thirty years of losing four livable areas.

90% of Vietnam is now expected to be flooded once a year by seawater. One flooding with sea water of the Mekong Delta - and the whole of Vietnam is a delta - will mean it is no longer in rice production. This is one of the biggest rice producing countries in the world.

We’re going to see the same in Indonesia with the capital Jakarta under water this year, already. Jakarta is not going to be a livable city in 30 years time.

If all of this continues, and we look across to Bangladesh, you are quite terrified by what you see there. People are being confined to a smaller and smaller area in that part of the world.

So we’re looking at a potential for a very large numbers of climate refugees which I believe would de-stabilize the global economy.

Look at the Amazon rain forest, and the natural deforestation - by which I mean not driven by human beings cutting forests down but by forests dying off due to temperature rises and changes in humidity.

The point is that the planet has already heated by 1.25 degrees centigrade above the pre- industrial level. So when we talk about staying within 1.5 degrees to limit the impacts of climate change we have to say that we are already rolling forward over 1.5. That is even if we were to reduce emissions to zero in a very short period of time, which we won’t do.

So what do we need in terms of actions?

We’ve got the three R’s: Reduce, Remove and Repair.

Reduce means reduce greenhouse gas emissions. And for greenhouse gas I’m including not only carbon dioxide, but also methane. Methane emissions currently are rising faster than before. They are now at a rather frightening level and could be much higher soon.

That means we have to learn how to remove greenhouse gases from the atmosphere safely. And if possible mimic natural processes and improving the world’s bio systems while we do it.

Finally, the third R is Repair. We are looking at systems such as the Arctic Circle region to see whether we can actually reverse the system that has caused the unfreezing of the ice over the Arctic Sea.

The potentially dark reality we all confront was then described dramatically by Professor Klaus Lackner, director of the Centre for Negative Carbon Emissions, and professor at the School of Sustainable Engineering and Built Environment. He says the urgency for achieving Net Zero must be advanced significantly to well before 2050.

I have always made an analogy. We are in a car going way too fast down a steep mountain road. There’s a sharp curve coming. I think at this point we will hit the guardrail.

So the question is: should we really be carbon neutral by 2035? Of course we should. Because if we aren’t we have to pick up an awful lot of carbon afterwards. The question in my view is we already see some damage. We hit the guardrail or some stones on the way down, and it’s going to get worse.

So we need to be ambitious about it. Whether we really make 2035 is the second question because it’s hard. On the other hand, the question is not should we give up because the challenge is will we roll the car or will be just tear the fender off.

I’m voting for the fender. We need to slow down as fast as we possibly can.